NT2Spraak nieuws Dit you hear it? 🙉 About the t-sound in Dutch.

Dit you hear it? 🙉 About the t-sound in Dutch.

Read this newsletter in Dutch 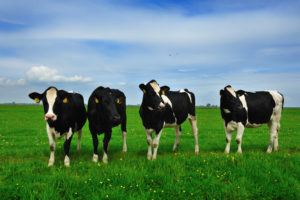 That was quite a shock last time, wasn’t it …

… that the v may be pronounced as f! I received many emails from people who were worried that the  words ‘fee’ (fairy) and ‘vee’ (cattle) would be mixed up. Fortunately we do not only listen to individual sounds, but we also use the context of what is said. And I have never used the words ‘fairy’ and ‘cattle’ together in one conversation! (Okay, until I wrote this blog …) 😊

Please keep in mind that my advice is addressed to non-native speakers who have difficulty pronouncing Dutch. And who do you think will be better understood: someone who orders “een tafel woor wier”; “een tafel boor bier” or “een tafel foor fier”? (It will definitely be the last person!)
Keep e-mailing, I like to get responses and will definitely answer! 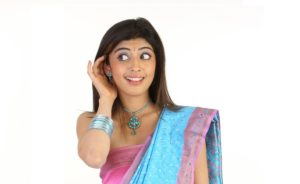 I see ‘DT-errors’ every day. These are errors in the spelling of the verb. For example: Ik heb het gisteren opgehaalt. (~I picket it up yesterday.) Dat gebeurt niet vaak. (~That doesn’d happen often.) Hij word vader. (~He becomes a dat.)
Many people think that people who make those errors are stupid. I find it very logical because (ik) word, (hij) wordt and wort (an ingredient of beer) all sound exactly the same in Dutch. This is because all d’s at the end of a syllable are pronounced as a “t”.

Pronounce all t-sounds at the end of a word!

We usually pronounce a second language in the same way as our mother tongue.
In Dutch there are many words such as krant (newspaper), land (country), kast (cupboard) en baard (beard). These words all end with a ‘t’ sound.
In other languages, words often end on a vowel (a, e, i, o, u) or a soft consonant (n, m, ng). If you have such a ‘soft’ mother tongue, you will easily omit the t-sound at the end of a word in Dutch, or you pronounce it too softly. And then a Dutch person will be less able to understand you. With the video below you can improve your pronunciation.

Do you want to know exactly what the difference is between your native language and Dutch? Then take a look at the website ‘Moedertaal in NT2’.

Practice video for the t-sound

In this month’s practice video I give some information about the pronunciation of the t-sound at the end of a word. You will also practice your pronunciation with words, sentences and a dialogue. Finally, you will receive tips for further practice yourself.
Do you have questions about or do you want a video about a specific topic?
I like to hear it!

Thanks for reading my newsletter!
I am Marieke Goedegebure, speech therapist and linguist. I live in the beautiful city of Leiden.
I am a specialist in the pronunciation of Dutch as a second language. I also like writing and multimedia. With that combination I help you to improve your Dutch.
My blogs are about speaking Dutch and learning Dutch.
I also make video lessons about the pronunciation of Dutch.

I want to read more about the video lessons. 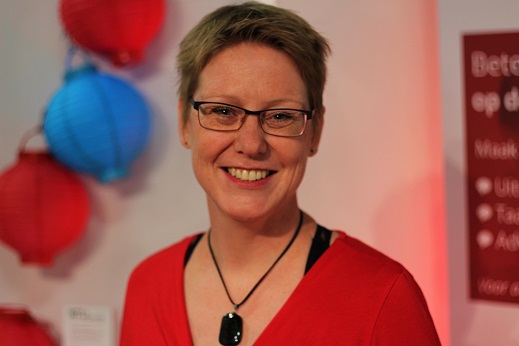